SAN ANTONIO -- Informed he’d been named a starter on the Western Conference All-Star team for the second year in a row just prior to the San Antonio Spurs’ 118-104 win over the Denver Nuggets on Thursday, Spurs forward Kawhi Leonard proceeded to provide the status quo.

For Leonard, that’s 30 points or more for the fifth consecutive game (34 points), which registers as the longest streak by a Spur since 1986, when Mike Mitchell racked up 30 or more in six straight outings.

“Kawhi was super, but he’s getting paid to be super and he knows it, and he relishes the challenges and knows his responsibilities,” Spurs coach Gregg Popovich said.

Leonard, George Gervin and Mitchell are the only players in Spurs history to produce 30 points or more in five consecutive games. Gervin has accomplished that feat on six occasions.

Leonard, meanwhile, scored 21 of his 34 points in the second half in a game San Antonio played without starting point guard Tony Parker (left foot) and center Pau Gasol, who fractured the fourth metacarpal on his left hand during pregame warmups.

Additionally, Popovich was ejected in the second quarter after arguing with an official.

A six-year veteran, Leonard is set to make his second consecutive All-Star appearance and becomes the fifth player in Spurs history to be selected as an All-Star on more than one occasion, joining Tim Duncan, David Robinson, Alvin Robertson and Gervin.

“I’m just happy that my hard work has paid off,” Leonard said. “It’s just another stepping point to my career. Hopefully, I can keep going from here.” 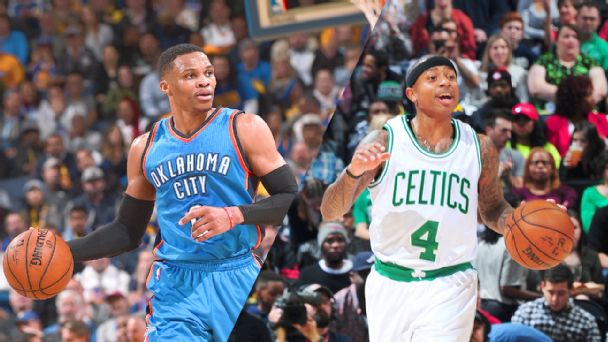 San Antonio has been represented in 38 of the 40 All-Star games since the Spurs joined the NBA in 1976, which ranks as the most of any franchise. The Spurs haven’t landed at least one All-Star on just two occasions: 1989, the year before the club drafted Robinson, and in 1997, a year prior to San Antonio selecting Duncan.

One of the league’s top two-way players, Leonard has led the Spurs to a 33-9 record, and played a role in making 2016 the winningest calendar year (66-15) in franchise history. Coming off back-to-back seasons in which he has won the NBA’s Defensive Player of the Year award, Leonard has produced career-high averages in points (24.8), assists (3.1), free-throw percentage (.907) and minutes (33.2). Leonard averages 5.7 rebounds and 1.85 steals while connecting on 48.8 percent from the field and .417 from 3-point range.

Leonard currently ranks No. 4 in the league in free-throw percentage, sixth in steals and 10th in scoring.

Leonard entered the game Thursday having put together 12 contests in which he has scored 30 points or more, owning the most 30-point performances by a Spur in the first half of a season since 1995-96, when Robinson produced 13 such outings. Leonard cobbled together another 30-point outing Thursday night against the Nuggets (34 points), and is the only player in the league averaging at least 20 points while connecting on better than 40 percent from three-point range and 90 percent from the free-throw line.

Leonard currently owns the highest winning percentage in NBA history (284-80) out of players who have played at least 350 games. Leonard’s current scoring average is the highest on the Spurs since Duncan averaged 25.5 points during his 2001-02 MVP season. In addition, Leonard has scored in double figures in 74 consecutive games, which ranks as the longest streak by a Spur since Duncan’s 75 consecutive double-figure scoring games in 2005.

“It just shows his consistency, how well he’s played the last few years,” Popovich said. “He’s assumed that status. As I said, he welcomes it, and thrives in it. He certainly deserves it.”