KweséESPN's Colin Udoh selects his 12 greatest Nigeria sports people of all time - and he expects lots of backlash. Who did we miss out here and who should not be here?

12. Nojeem Maiyegun (Boxing)
A light middleweight who won Nigeria's first ever Olympic medal when he claimed bronze at the 1964 Games in Tokyo. Two years later he won another bronze at the Commonwealth Games in Kingston, Jamaica before turning pro and moving to Austria.

11. Innocent Egbunike (Athletics)
Egbunike (main picture) is synonymous with Nigerian athletics. His made an impression at the 1983 Summer Universiade Games, where he won gold in the 200m. But his real breakout came at the 1984 Olympic Games where he led Nigeria to a 4x400m bronze medal. Egbunike' most memorable performance, however, came at the 1987 All Africa Games in Nairobi. Nigeria needed to win the 4×400 relay, the last event of the games, to overhaul Kenya at the top of the medals table. Kenya were easily 30 meters ahead at baton change, with Egbunike running anchor. He ran Kenya down, closed the gap, won the race and Nigeria won the Games. His NAIA Collegiate records at 400m and 200m with Azusa Pacific University still stands.

10. Chioma Ajunwa (Multi-Sport)
Chioma AjunwaNigeria's first Olympic gold medalist, Ajunwa is a multi-talented athlete who played soccer for the Super Falcons briefly, then competed in the 100m sprint before switching over to the long jump, where she won the gold medal at the 1996 Olympic Games.

9. Christian Chukwu/Segun Odegbami (Football)
So I'm cheating a bit here. Well go ahead, sue me! In truth, it's hard to talk about one of these without the other. As rivals, both men led two of the greatest Nigerian - nay, African - club rivalries of all time: Rangers International and IICC Shooting Stars. In one game game between them, the Federal Government of Yakubu Gowon had to step in and intervene. And as teammates, they combined to win Nigeria's first ever Nations Cup title.

8. Enefiok Udo-obong (Athletics)
Few who watched that race can forget Enefiok Udo-Obong's amazing long-bursting sprint to earn Nigeria a silver medal in the 4x400m relay at the 2000 Olympic Games in Sidney. That medal was later upgraded to gold after American Antonio Pettigrew admitted that he had cheated by using performance-enhancing drugs. The USA were disqualified and Nigeria awarded the gold medal. Udo-Obong went on to win a bronze medal at the same event four years later in Athens. 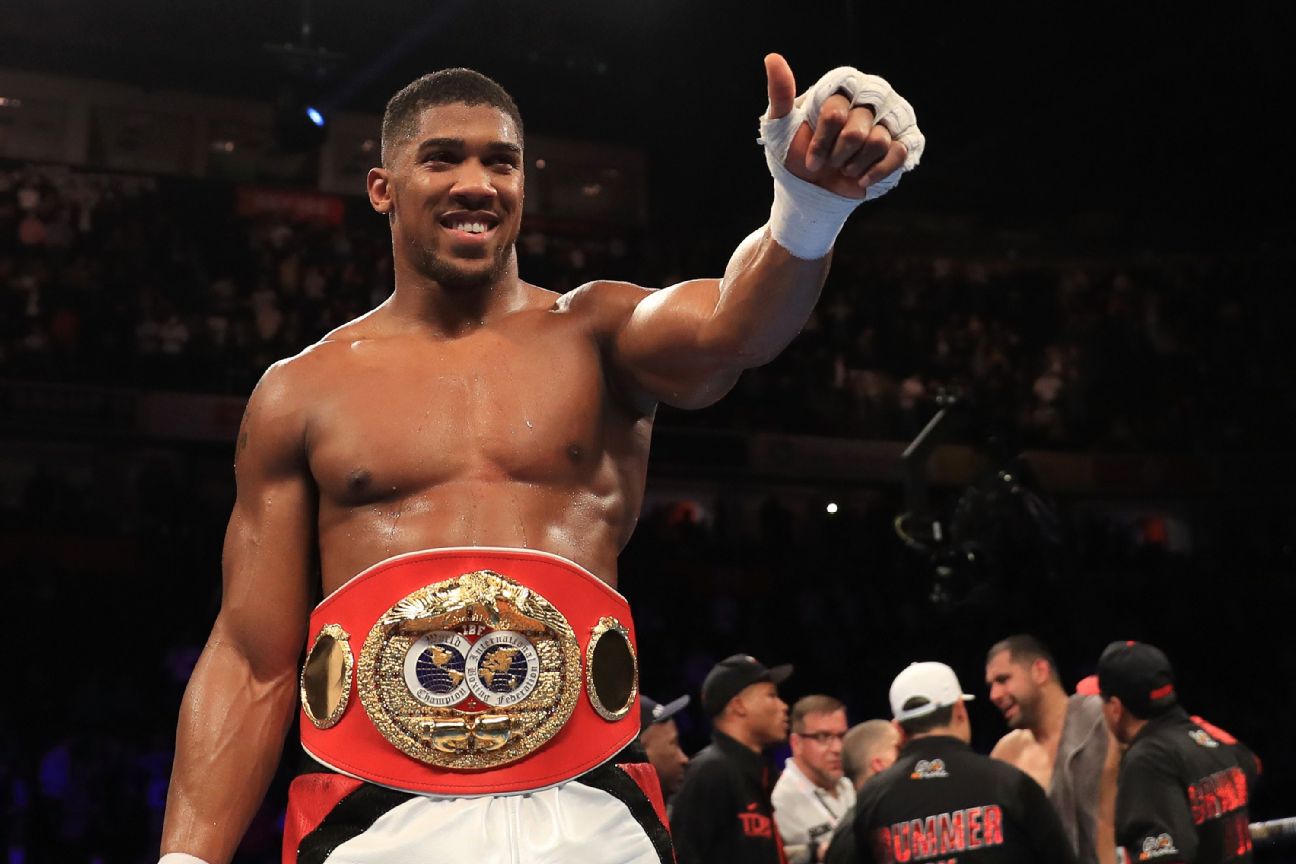 Catch live coverage of the massive heavyweight clash between Anthony Joshua and Wladimir Klitschko on 29 April from 19:00 (CAT)
- LIVE on Kwesé Free Sports and Kwesé Sports 1. Click here to find out where, when and how you can watch this showdown on Kwesé TV!

7. Mercy Akide (Football)
A second generation early trailblazer of women's football in Nigeria, Akide's skills and goalscoring for the Super Falcons made her the first truly globally recognized African women's football star. Two-time top scorer at the African Women Championship and three-time champion, she became the first ever African woman to earn a soccer scholarship to the USA, where she set a single season record of 49 goals with Milligan College in Tennessee, then became the first African to play professional football in the USA with San Diego Spirit. Akide also set a scoring record at the African Women Championships which was later broken, and was thrice named by FIFA into its All Star Selection. Akide represented Nigeria at three World Cups, two Olympic Games and three African Women's Nations Cups. She was named the first ever African Woman Footballer of the Year in 2000, a title she held until 2002, and has been inducted into both the Milligan College Hall of Fame, and the W-League Hall of Fame in the USA, the only African woman player to be so honoured. Currently a FIFA Ambassador and member of the FIFA Legends team.

5. Austin Okocha (Football)
One of the most recognized faces of Nigerian sports in recent years, Okocha played briefly for Enugu Rangers before heading out to Germany, where he turned out for Eintracht Frankfurt and scored one of the greatest ever goals in Bundesliga history against Oliver Kahn. He moved to Turkey with Fenerbahce, on to PSG for a then African record transfer fee, before eventually moving to England with Bolton Wanderers. Okocha won the African Nations Cup in 1994, then claimed silver in 2000 and bronze in 2002, 2004 and 2006. He was part of the Super Eagles squad that qualified for a first ever World Cup, going on to represent Nigeria at the event in 1994, 1998 and 2002. He was named BBC African Player of the Year and controversially missed out twice on the African Player of the Year title. His greatest moment was helping Nigeria win Olympic gold in 1996.

4. Stephen Keshi (Football)
Stephen KeshiFew players of Nigerian origin had the clout and influence that Keshi had on Nigerian and African football. As a player with NNB he won the WAFU Cup twice, before moving to Cote d'Ivoire where he won the League and Cup with Stade d'Abidjan and then Africa Sports. From there he moved to Belgian giants Anderlecht, winning one League title and two Cup titles. He became the longest serving Nigeria captain, leading the team to the African Nations Cup title in 1994 and qualifying for the World Cup that year, retiring with 60 caps, then the second highest appearance of any Nigerian behind Muda Lawal. He returned as coach, winning Nations Cup bronze and qualifying for the 2002 World Cup as assistant to Shuiabu Amodu, then helping Togo qualify for the World Cup, before going on to become only the second former player to win Afcon as coach when he guided the Super Eagles to the title in 2013.

3. Hogan 'Kid' Bassey (Boxer)
The first man of Nigerian origin to become a world boxing champion, Okon Asuquo Bassey did so by defeating French-Algerian Cherif Hamia in Paris in 1957. He held the Nigeria flyweight title, Nigeria bantamweight title, then the West Africa flyweight and bantamweight titles before going on to win the Empire featherweight title (what is now the equivalent of the Commonwealth title) and then going on to claim the world title. He was awarded an MBE by Britain after his world title and an OON by Nigeria in his latter years.

2. Nwankwo Kanu (Football)
Nwankwo KanuKanu is one of the most naturally gifted football players to have come out of Africa. His football brain was on a different wavelength to his contemporaries and he proved his value by winning major titles everywhere he went. He finished as one of the most decorated African players in history, counting in his trophy cabinet the UEFA Champions League, UEFA Cup, Premier League, FA Cup, Dutch League title and Nigerian League title at club level, in addition to Olympic gold, the FIFA Under-17 World Cup title and Afro-Asia Cup. On an individual level, he was named African Player of the Year twice, and BBC African Player of the Year twice. As a youth international, he helped Nigeria win the FIFA Under-17 World Cup in 1993, and was promptly signed by Dutch giants Ajax Amsterdam from Nigeria's Iwuanyanwu Nationale, from where he moved to Inter Milan, then Arsenal, before joining West Brom and ending his career at Portsmouth, with whom he won his final trophy, scoring the winning goal in their 2008 FA Cup triumph. He captained Nigeria to that Olympic gold medal, scoring the winning goal in dramatic semifinal against Brazil. He finished as Nigeria's joint highest capped player with 86 international appearances before the record was broken and surpassed by Joseph Yobo and then Vincent Enyeama. Kanu was voted the 13th greater Arsenal player of all time.

1. Teslim 'Thunder' Balogun (Football)
Perhaps the most well-known Nigerian footballer of all time, for whom anecdotes and fireside tales have been crafted and told since the late 1940s. It is said that his shot was so thunderous it ripped open the stomach of a goalkeeper who stood in its way. Other rumours claim the goalkeeper was his brother and Balogun was so distraught he gave up football. In actual fact, Balogun won Nigeria's Challenge Cup five times in seven finals, was the first player to score a hat-trick in the competition, and was a member of Nigeria's UK Tourists in 1949, the precursor to the team which became known as the Red Devils, Nigeria's national team. They were later renamed the Green Eagles. After that UK tour, Balogun returned to England where he signed for Peterborough, becoming the first Nigerian to sign a professional football contract abroad. But he did not play for them and later signed for QPR, scoring three goals in 13 appearances. On retirement, he earned his badges and became the first African to qualify as a professional coach, leading Nigeria's team to the 1968 Olympic Games. The Teslim Balogun Stadium in Lagos is named after him.