USMNT international Christian Pulisic missed Chelsea's 3-0 victory in the Premier League at Burnley on Saturday after he picked up an injury in the warm-up.

Pulisic, 22, was set to start but the club announced he had to withdraw 10 minutes before kickoff with Timo Werner replacing him.

"It is a small sensation in his hamstring, so we had to pull him," Chelsea boss Frank Lampard told a news conference after the game. 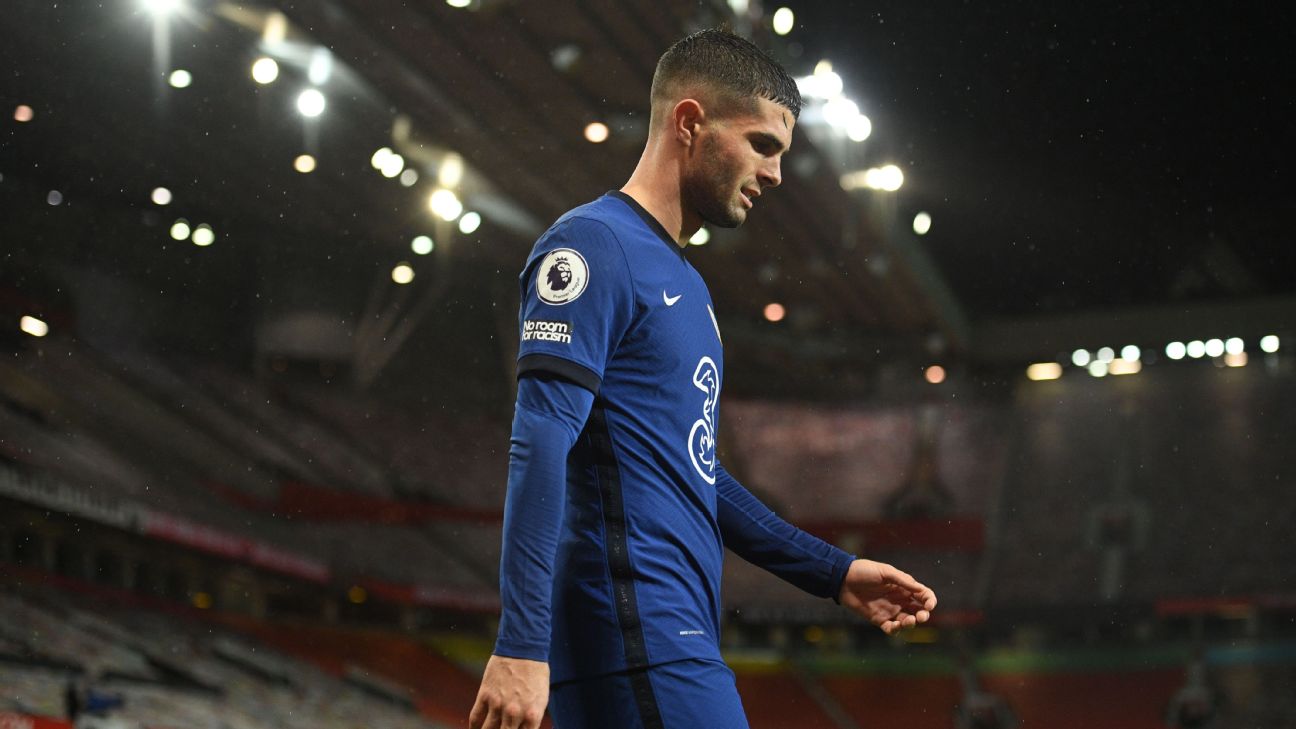 "He couldn't play the game. We will have to scan it. He is frustrated."

The forward only returned from a hamstring injury last week and made his first start of the campaign in the goalless draw against Manchester United.

Pulisic scored his first goal of the season in the 4-0 Champions League victory over Krasnodar on Wednesday.

He enjoyed his last trip to Turf Moor where he scored his first hat trick for the club last season in a 4-1 win.

Chelsea enjoyed a comfortable result on Saturday with Hakim Ziyech, Kurt Zouma and Werner getting on the scoresheet.