We've arrived at the final chapter of Africa Cup of Nations qualifying, as the continent's national sides compete for their tickets to Cameroon.

While the AFCON expansion to 24 teams has taken some of the drama out of the qualifying campaign, there's still much to play for -- and considerable talking points -- ahead of the final two matchdays.

Here are the key talking points heading into gameweeks five and six.

Can Iheanacho maintain his Leicester form for Nigeria?

Gernot Rohr finds himself with something of a striking conundrum heading into Nigeria's final two qualifiers against Benin and Lesotho.

The Super Eagles' leading man Victor Osimhen is out of form at Napoli, having scored just once since the last international window in November, but has been Rohr's first choice to replace Odion Ighalo as the team's main goal threat since the 2019 AFCON.

However, Kelechi Iheanacho, who was cut from the Nations Cup squad by Rohr, has entered into the form of his life at Leicester City, where he has nine goals in his last nine games. 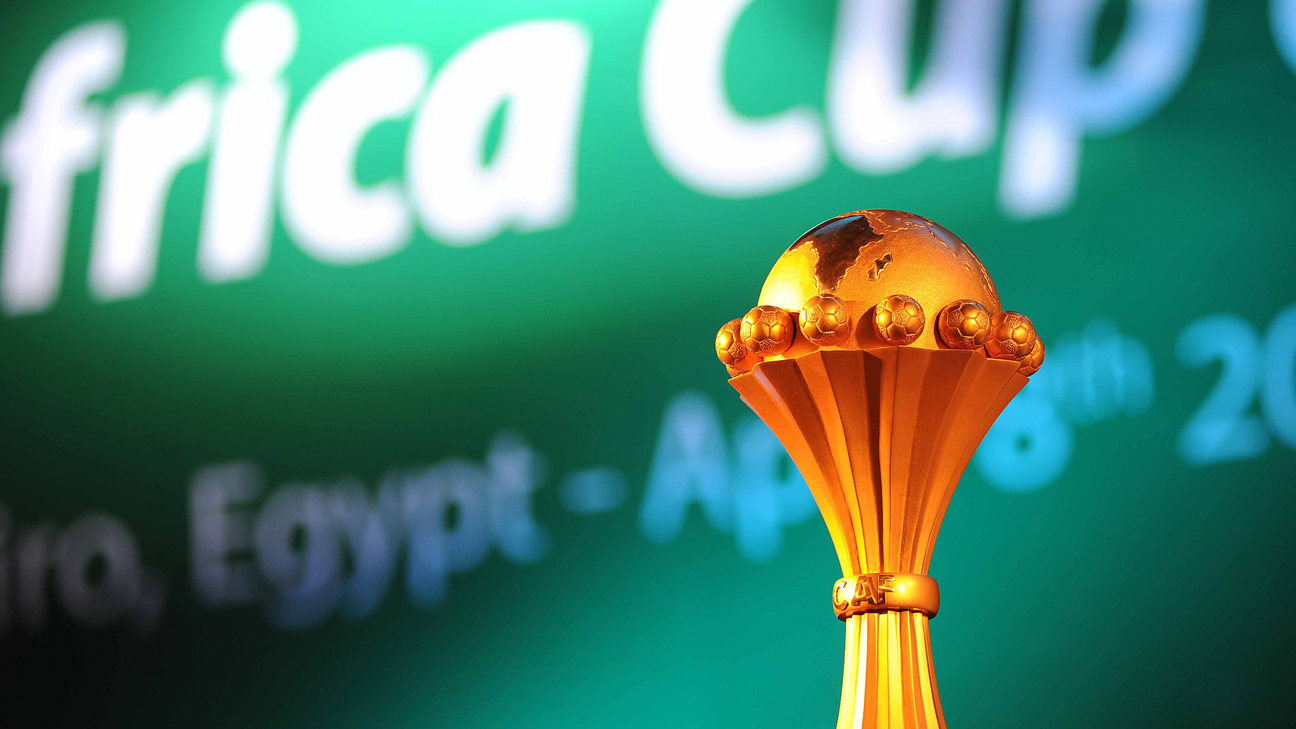 The full schedule of remaining qualifying round matches can be found here.

Dovetailing effectively with Jamie Vardy, while demonstrating his ability to work the channels, have an impact between the lines, and bring others into play, Iheanacho absolutely has to start for the West African giants.

Does Rohr change his approach to include both players, or will Osimhen be dropped to accommodate in-form Iheanacho?

And what of Paul Onuachu?

Despite scoring 26 goals in Belgium so far this season, the towering forward was overlooked for Rohr's initial 24-man squad, only to be promoted from the standby list after Samuel Kalu was ruled out.

He struggled to impose himself during the previous international break -- not helped by a playing style that didn't play to his strengths -- but can he now take the opportunity to assert himself.

Beyond being a high-profile showdown, it's also of critical importance for both teams as they look to reach Cameroon.

They are currently tied on nine points, three clear of third-placed Sudan, but will be conscious that the Falcons of Jediane are overwhelming favourites to defeat Sao Tome e Principe in their gameweek five fixture.

This heaps the pressure on South Africa, who, if they fall against Ghana, then face the prospect of having to go away to Sudan in their final group game with both teams level on nine points.

It would be the kind of high-pressure fixture that hasn't always suited Bafana Bafana in the past.

Unfortunately for the hosts, Thomas Partey and the Ayew brothers were granted permission to join the squad despite the quarantine consequences of returning to England from South Africa.

However, in Percy Tau -- also permitted to depart English football -- Bafana have a potential match-winner of their own.

The 26-year-old has struggled at Brighton & Hove Albion after making his debut earlier this year, and will relish the prospect of getting back in action.

Can coach-less Uganda get over the line?

Uganda were praised for appointing Northern Irish coach Johnny McKinstry to build on the successes of Milutin Sredojevic and Sebastien Desabre following his own achievements with Sierra Leone and Rwanda.

However, he found himself under pressure after organising a controversial training camp in Dubai only to lose to South Sudan in qualifying, before overseeing a first round elimination at the African Nations Championship for home-based players.

The Ugandan Football Federation perplexingly decided that the CHAN failure was enough to suspend McKinstry and his staff, who were only informed of the decision by the statement issued to the media by FUFA.

To take the decision only three weeks before the final qualifiers was a risky move by the Ugandan federation -- ostensibly one of Africa's better run national bodies -- and they've set themselves up for a lose-lose situation.

Uganda, sitting second in their group, appear well placed to qualify, so if they do progress, McKinstry and his team still appear to be due their bonuses.

Mess it up here -- they sit three points ahead of Malawi and four clear of South Sudan -- and the federation's reckless decision could be deemed as catastrophic.

Uganda, one point behind Group B leaders Burkina Faso, host the Stallions on Wednesday before travelling to Malawi for their final group game.

- The new faces: Which Africans could debut?

For all he has achieved at club level, Pierre-Emerick Aubameyang has unfinished business with Gabon.

His lowest point came in 2012 when, on home soil, he missed the decisive penalty in the shootout against neighbours Mali as the Panthers were dumped out.

In 2017 -- again in front of Gabon's own fans -- he captained the Central African to a first round elimination at the Nations Cup, and then failed to qualify for the 2019 tournament after being humbled by Burundi in qualifying.

All of this has happened against a backdrop of low-level criticism about Auba's commitment, with his French birth place and patchy attendance record with the national side being held against him.

No one can doubt his commitment this time around; he's featured in all four of Gabon's qualifiers to date, and infamously broadcast the Panthers' all-nighter in the Banjul airport in November.

Now 31, Aubameyang may not have too many more opportunities to leave his mark on an AFCON, and currently second in Group D with two games to play, they have their destiny in their own hands.

They host neighbours Democratic Republic of Congo in Franceville on Thursday -- a result that could settle both teams' fortunes -- before travelling to Angola on matchday six.

However, familiar problems have returned, and after that airport nightmare ahead of their away defeat in Gambia, travel problems leaving Paris for Libreville on Tuesday means they only arrived in Gabon at one in the morning on the day before the game.

2012 champions destined to miss out?

While all of Egypt, Ivory Coast and Morocco still have to get over the line during this international window, none of Africa's heavyweights are in as dire a situation as Zambia.

The Chipolopolo were AFCON winners as recently as 2012, but have endured a stark decline in recent years and missed out on the expanded 2019 tournament after making a hash of a relatively straightforward qualifying group.

History is in danger of repeating itself.

With two games to go, they sit bottom of Group H, having taken three points from their four matches to date.

The good news for Chipolopolo is that they're only two points behind neighbours Zimbabwe, and play the Warriors in their final group game.

The bad news, however, is that they must face reigning African champions Algeria in Lusaka on Thursday to try and keep their qualification hopes alive.

Head coach Milutin Sredojevic, however, is bullish ahead of the challenges to come.

"We have a team in a transitional period," he told journalists, "but we will be present at the meeting to compete for the three points for the victory, believing as firmly as steel in our chances.

"I would never be Zambia coach if I wasn't aware of the potential of my players, and I want to make things positive, to transmit this energy of victory to my group to get a better result on the pitch."