Achanta Sharath Kamal felt he had accomplished a childhood dream, when back in 2016 the Indian men's table tennis team first qualified for the Championship Division of the top 24 teams at the World Team Table Tennis Championships after winning the second division. "Ever since I started my career, India had always played in the second division. All my career, I wanted to go up. So I had felt grateful just that I would get to play in the Champions Division," recalls the 35-year-old.

The Indian team, expected to just make up the numbers, did far better. They narrowly missed out on advancing from the group stage, after beating World Number 10 Poland and suffering narrow 3-2 losses to world no. 5 France and world no. 8 Austria. In the battle for positions, they beat world no. 7 Singapore, world no. 6 Romania and avenged their earlier loss to France to claim the 13th spot. It was India's best performance at the tournament since their 12th place finish at the 1987 edition - back when the championship division didn't exist. Having finished inside the top 14, they are now guaranteed a spot in the Champions Division once again.

At the team's celebratory dinner at an Indian restaurant in Halmstad, the team had taken stock of their performance. "It was a very satisfying result. A few of us were even thinking we had a chance to finish inside the top 12. But compared to the last time, when we finished 25th, it is a huge improvement," said Sathiyan Gnanasekaran, who sealed India's win against France with a win against World Number 29 Emanuel Lebesson.

The team rates this performance higher than the Commonwealth team gold they had won last month. For one, they had entered the World Championships short on practice after the mandatory functions and felicitations they had to attend following their achievements at Gold Coast.

In the knockout matches to determine the final team positions, India swept aside CWG silver medallists Singapore 3-0. "There were no easy matches here. We were constantly facing players ranked in the top 10 and top 20. We had to be very consistent," says Sharath, who beat World number 10 Simon Gauzy of France in the knockout round.

The results didn't go unnoticed in Halmstad. "We played like how top players played. Everyone noticed our performance. The (silver medal-winning) Japanese coach came and congratulated us. We had people talking to us, wanting to know what we had been doing,' Sharath said. "It used to be bad even a few years ago. We would see a big hall and the intensity at which the other players were practicing and we would have lost the match in our mind right then," he recalls.

The change has come gradually. Former Olympian Neha Aggarwal says the process began when current team members Harmeet Desai, Sathiyan and Sanil Shetty were included in the training camp for the 2010 Commonwealth Games as juniors. "They came for experience but that really gave them a step up to competing at a higher level," she says.

"Sathiyan is now a far stronger player than he used to be. His forehand has become a real weapon. He has become much more aggressive, with the attitude that he is going to win every match." 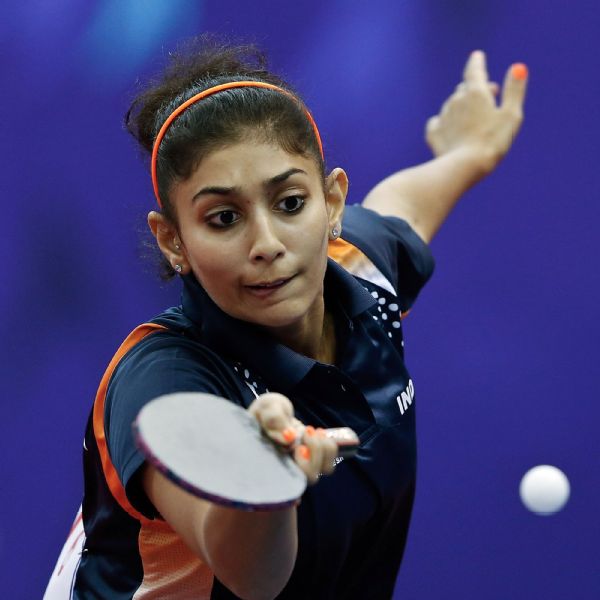 What also helps is that most Indian players train and compete in Europe. "We don't get intimidated the way we did in the past because we know how at least the European guys are training. We have played them before so it's not coming as a surprise to us," says Sharath, who was the first in the current team to begin competing in the German Bundesliga.

There is also an improvement in physicality as players mature. "Ever since the ball changes (celluloid balls were replaced by less spin friendly plastic in 2014) in table tennis, the sport has become more of a power game. Sathiyan is now a far stronger player than he used to be. His forehand has become a real weapon. He has become much more aggressive, with the attitude that he is going to win every match," says Agarwal.

The players themselves are setting far higher standards than they would have done in the past. "I remember laughing the first time my coach S Raman told me I had to break into the top 50 of the World Rankings. Now I am beating players in the top 20 and 30 and so I must target a ranking at that level too," says Sathiyan.

While satisfied at where they finished, Sathiyan says the team also remembers where they missed out. "England finished behind us at the Commonwealth Games and here they reached the quarterfinals. That is very motivating for us. Because we are around that level. There isn't much between us. We know we can do even better."

The 25-year-old has set a very high target, but one he feels is achievable. "I think within the next four or five years we can finish in the top five teams in the world. We made small mistakes at crucial moments that cost us. We are already at a level where other teams don't like playing against us and we will only get better," says Sathiyan.