Liverpool manager Jurgen Klopp has hailed the impact new signing Diogo Jota has made at the club and has said the Portugal forward can help the Premier League champions "reach the next level" as they prepare to face Manchester City on Sunday.

Jota, 23, was signed for £40 million from Wolves in mid-September and has made an immediate impact at Liverpool, scoring seven goals in eight Premier League and Champions League matches, including a hat trick against Atalanta on Tuesday.

He adds a different option to Liverpool's traditional first-choice front-three of Roberto Firmino, Sadio Mane and Mohamed Salah and while Klopp was keen to highlight the impact others have had in the squad like Divock Origi, Takumi Minamino and Xherdan Shaqiri, he said he has been pleasantly surprised by the ease Jota has slotted in at life at his new club. 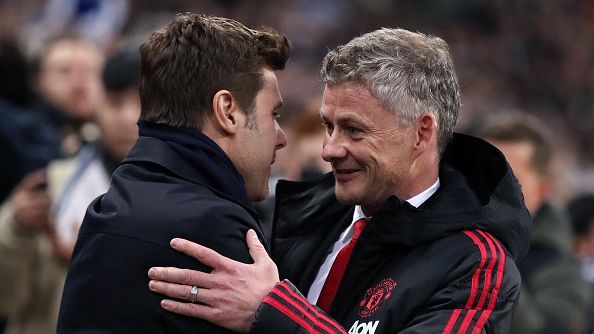 "I expect the new boys to take the time for their individual needs," Klopp said at a news conference on Friday. "That sometimes takes time, and sometimes doesn't take that long. There's not one way for all the players.

"We thought we can help him [Jota] reach the level, like he can help us reach the next level because of his quality.

"He's very young, experienced and played in one of the hardest working teams [Wolves] under a demanding manager [Nuno Espirito Santo] so he knows an offensive player needs to do different jobs -- not only creating and scoring, but he has to work hard. And that helps us. I'm really happy about that."

While Jota has made a remarkable scoring start to the season, Firmino has just one goal in 10 appearances this season.

Jota started instead of Firmino against Atalanta in midweek leading to question marks over what front three Liverpool will go for at the weekend. However, Klopp has said the Brazil international's qualities speak for themselves.

"I don't have to say one word about Bobby Firmino and how important he is for us," Klopp said when asked about what Firmino brings to Liverpool.

"In so many games he is the difference-maker without scoring and with scoring as well, in other games. I would feel embarrassed if I had to mention his qualities."

Klopp confirmed Thiago will miss Sunday's game at the Etihad Stadium through injury while Joel Matip could feature.

Klopp also played down any notion the match against Manchester City could go some way in deciding where the Premier League title heads this season but said facing Pep Guardiola's team is "one of the most difficult games to play in the world."

Meanwhile, City boss Pep Guardiola told a news conference that striker Sergio Aguero has not recovered in time from a muscle injury to feature in the match on Sunday.