In November 2016, Seun Adigun, a former Nigeria hurdles champion, started a GoFundMe campaign to raise money to help her and her teammates take a shot at qualifying for the Olympic Games... in the bobsled.

At the time, she had somehow convinced the incredulous duo of Ngozi Onwumere and Akuoma Omeoga to join her in what appeared to be a completely crazy scheme to qualify for the Winter Olympics, in a sport they had never even heard of. It takes a special kind of mad genius to do that.

Simi Adeagbo's own moment of crazy came later, when she found she couldn't join the bobsled team. So she opted for skeleton instead and will become the first African to compete at the event when she takes to the ice in PyeongChang. That is, after learning and training for a grand total of four months.

A whopping $150 000 was what the team needed to cover a variety of expenses, including the purchase of a real sled to replace the makeshift wooden one they had christened "The Maeflower," which they had constructed on their own.

They also needed other equipment, training and competition gear, shipping and flying costs, hotel accommodation, and participation fees at the various qualifying events, as well as ice time for learning how to drive. They essentially needed to learn the sport while they tried to qualify for the Olympics.

At the time, it looked to be a very outlandish dream. Adigun admitted in the introduction to the fundraising request: "Starting the Nigerian Women's Bobsled team was not an easy decision, but I know it will be one of the most impactful things I will ever initiate."

She was not to know just how impactful it would be. It took a little while to gather steam, but the financial goal was reached 14 months later. That was when the hard work really began.

Unheralded, the women slogged their way to eventually completing the six races required to qualify, with the support and assistance of Solomon Ogba, former president of the Athletics Federation of Nigeria.

With that qualification has come rewards aplenty, beginning with a whirlwind of worldwide media coverage ranging from CNN to the Ellen DeGeneres show, aside from all the expected sports coverage. That sparked an awareness and interest for the winter Olympics among Nigerians. This, in turn, has spawned a string of endorsements for the four women.

To date, their portfolio of partners makes for an impressive and envious read: Visa, Lazer, Bellton, Under Armour, Beats By Dre, TravelStart/KLM, Nigerian Breweries, and Access Bank.

Their earnings from those endorsements have come to about $200 000. It is not something to sniff at. As a matter of fact, it is huge in a country where athletes, bar footballers, struggle to make enough money to even pay their way to competitions.

Nigeria is a country where sports outside of football, athletics and basketball are referred to as "lesser sports". For the virtual baby of the house, the newest of these so-called "lesser sports" to garner this level of attention and influx of cash has taken many by surprise. To the extent that there have even been murmurs that the corporate partners were simply jumping on the bandwagon of a novel Olympic qualification.

Koye Sowemimo, co-founder of Temple Management Company, which represents the team and a few other athletes, says it is not so easy, telling KweséESPN: "When we signed Seun Adigun as an athlete, and also the Bobsled & Skeleton Federation of Nigeria, there was always the vision that they would present an attractive sponsorship asset.

"What was important was to develop content around Seun and the team that would be inspirational and appealing to a global audience."

Although most of the endorsement deals are for one year, Sowemimo was quick to point out that it was not a one-off set of deals: "Definitely not. We intend to help Seun and the federation grow further and transform sports holistically.

"There is a long-term strategy to ensure Bobsled and Skeleton live long in Nigeria. Already there is a new Skeleton athlete recruited for the team and more trials will be taking place to encourage participation."

Great news, certainly. But if this level of corporate inventory can be achieved with such a relatively new sport, why not with others? 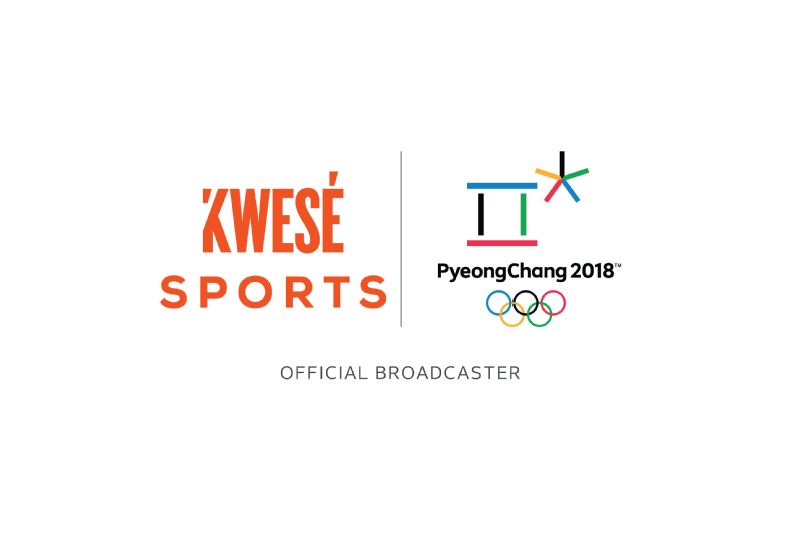 "Nigerian Athletes simply do not have a team behind them, and by that I mean a team that has their vested interest from a brand point of view," Sowemimo explains.

"Not only do we want to get deals for athletes but we want to turn them into household names, let them see themselves as brands, understanding that your career is not forever, so the future planning is key.

"Footballers make a lot of money and may not need endorsements, but they certainly need advisors on how to better invest their money. It boils down to the individual and what they represent. Money or legacy, it is their choice."

At the moment, it appears Seun Adigun, Ngozi Onwumere, Akuoma Omeoga and Simidele Adeagbo have found a way to have and keep both.