With the January transfer window open, several top players are being linked with moves this month or for next summer. We're profiling some of the best, including a breakdown of the player's strengths and weaknesses, the latest reporting on his transfer status and a round-up of interested teams, with the likelihood of a move and where the best fit might be.

Next up, a striker from Germany who has every top club in Europe chasing his signature ... 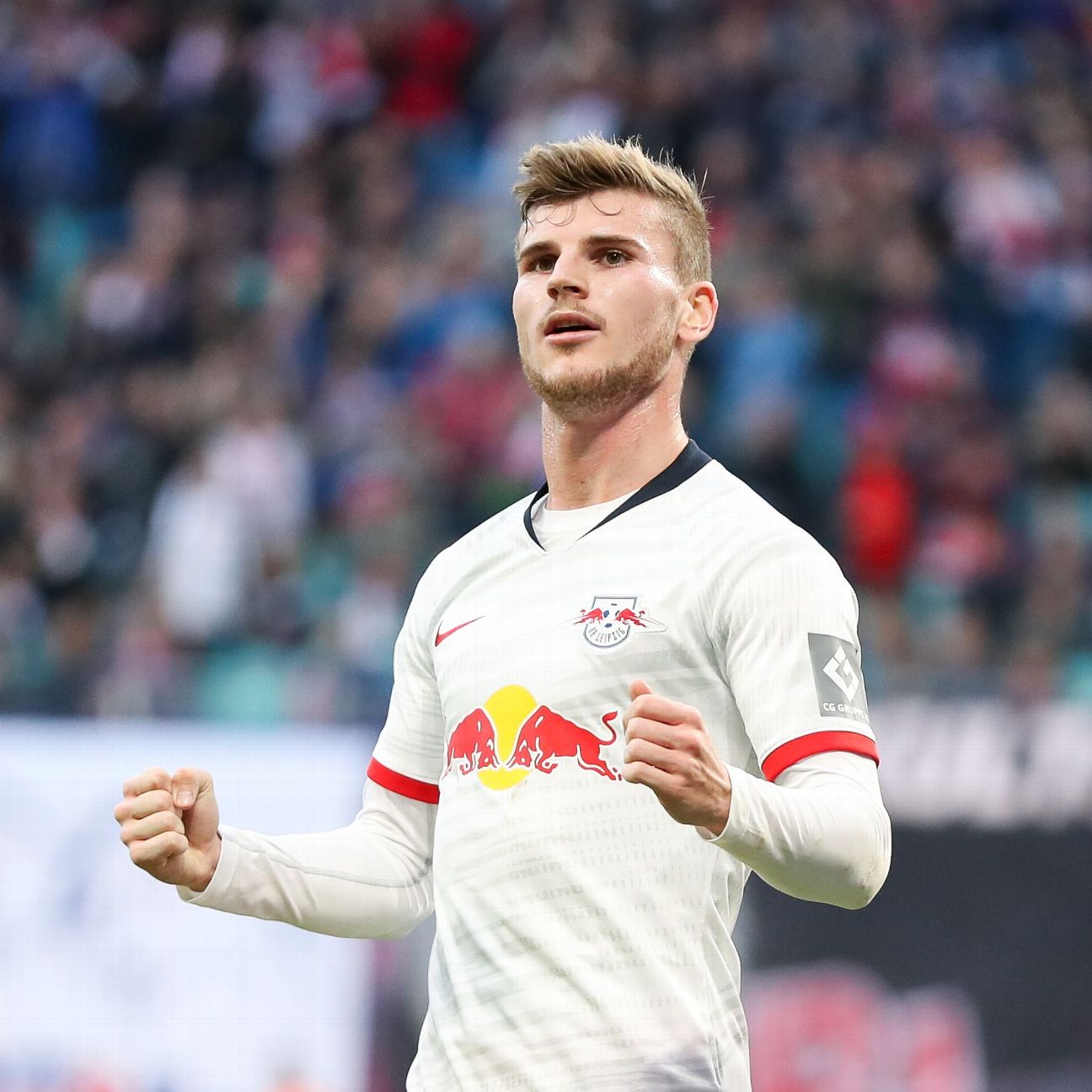 Werner started out as a right-winger at Stuttgart before he made the move to striker under Alexander Zorniger, using his pace to get the better of his opponents. After Stuttgart's relegation from the Bundesliga in 2016, Leipzig landed him for around €10m and his goal scoring record over recent seasons (86 in 141 games) suggests the move up front paid off.

The Germany international is certainly not a target man, nor is he a striker that hangs on the shoulder of the last defender. Instead, he's more of a link player and has moved further back on the pitch in recent years to play to his strengths.

RB Leipzig coach Julian Nagelsmann told the Bundesliga website: "From this deeper position, he's much more involved in our build-up play and combinations. In the last few years all his moments have come in transition, whereas now he has his moments in combination play too. He's having many more touches of the ball than in previous years, and this new position has done his development good, playing in between the lines against teams who sit deep. That's another trait he'll need if he wants to be one of the best in Europe. There are a lot of teams who sit deep and defend deep against you, and he needs that second way of being dangerous to opponents too, and he's definitely developed that this year."

According to Transfermarkt, his value was only €8m when he was at Stuttgart, but over the course of 2017 it went from €12m to €60m. Now it's slightly more, though the fact he signed a new contract in August may have something to do with that. His previous deal was due to expire in the summer, but he added an extra three years and various reports suggest he either has a release clause set at €150m or around €30m. Quite a big difference, but sources have told ESPN his clause is "affordable."

SOURCES TELL ESPN FC: RB Leipzig have no intention to sell Werner in January as they chase the Bundesliga title this season and are in the next round of the Champions League. There is no time to sign a replacement but they will likely let him leave in the summer and a number of clubs are interested.

Real Madrid had preliminary interest during summer and could revisit if Luka Jovic continues to underperform; Atletico Madrid had been in touch before but have now moved on to other targets. If he stays in Germany, Bayern are the obvious place but though Bayern Munich are interested, the player doesn't see them moving to a 4-4-2 formation and does not want to play wide on 4-3-3.

There are also ongoing talks for a summer move to Liverpool and, right now, the Reds are favourites.

Jurgen Klopp is a huge admirer of the striker and Werner will be a summer target as the Premier League champions-elect look to bolster their squad. The 23-year-old's high energy style and ability to play across the front three make him a perfect fit for Klopp's Liverpool, but the biggest problem facing the club is convincing the Germany international that he will be a regular at Anfield.

Unless one of Mohamed Salah, Roberto Firmino or Sadio Mane leaves Liverpool this summer -- and that is highly unlikely -- Werner will have to fight to dislodge one of Klopp's "Fab Three." With a raft of alternative clubs able to offer Werner the chance of becoming the focal point of their attack, Liverpool might struggle to seal a deal. -- Mark Ogden.

Chelsea manager Frank Lampard is determined to add proven quality to his attacking options at Stamford Bridge and, with 25 goals in 27 appearances for Leipzig this season, Werner is clearly in that top level category.

Lampard wants to find a foil for Tammy Abraham and increase competition for places and, having not spent on transfers since signing Christian Pulisic from Borussia Dortmund 12 months ago, Chelsea have the funds to win the race for Werner. But being in the Champions League could be the key to any deal, so Chelsea risk missing out on the player if they fail to secure a top four finish or actually win the trophy this season. -- Mark Ogden.

Madrid have been persistently linked to Werner, but went for a different Bundesliga striker (one who had outscored the RB Leipzig frontman last season) when they signed Jovic from Eintracht Frankfurt for €60m. Jovic was supposed to ease the goal scoring burden on Karim Benzema but has failed to impress so far, with just one goal in all competitions.

There's no denying Madrid have a goal problem -- Benzema has 12 La Liga this season but Sergio Ramos, Casemiro and Luka Modric are the next top scorers on just three -- but it's not an issue they are looking to address in January. This summer could be a different matter. -- Alex Kirkland.

Should Timo Werner make the jump to Chelsea?

Ole Gunnar Solskjaer wanted a striker in the summer after allowing Romelu Lukaku to depart, while an injury to Marcus Rashford which could rule him out for more than two months has only further highlighted why that area of the squad is in desperate need of strengthening. Werner's goal scoring record at Leipzig has caught the attention of the recruitment department at Old Trafford and, at 23, he fits the bill in terms of the profile of player Solskjaer is looking for. United and Solskjaer would be interested in any developments regarding his future but, at this stage, that is as far as their interest goes. -- Rob Dawson.

Bayern Munich could have easily signed Werner in the summer of 2019 when he was reportedly available for just €25m before signing his new Leipzig contract. Bayern did not move for him though as there were doubts that Werner's style of play would be a good fit for the German champions. "Timo Werner needs bigger spaces with his pace," Bayern sporting director Hasan Salihamidizic recently explained about the failure to act.

Although Werner has banged in the goals this term and is the first real challenge to Robert Lewandowski for the Bundesliga top scorer crown since Pierre-Emerick Aubameyang, Bayern have other plans. This summer, their targets will be winger Leroy Sane and midfielder Kai Havertz, as well as a right-back to allow Joshua Kimmich a permanent move into holding midfield. Werner is not a priority.

Werner is a player who has been on Barca's radar for a while as they seek a long-term replacement for Luis Suarez. However, their interest has never developed into anything more substantial. That could have changed this month with Suarez ruled out for four months, but a move for the German striker was a no-go from the start for two reasons: his desire to see the season out where he is and Leipzig's reluctance to sell. In the summer, Barca plan to bring in a No. 9 -- depending on how short-term the deal they do this week is, preferably for Valencia's Rodrigo Moreno -- but Inter Milan's Lautaro Martinez tops their list of targets, not Werner.

Werner is comfortable, the fans love him at the Zentralstadion and while they are bracing for his exit, they will hope that day never comes. They've already had a narrow escape when, in 2019, Werner was set to enter the final year of his contract and Leipzig were prepared to cut their losses and let the attacker leave for a fee under €30m. Instead, the striker signed a new contract until 2023. Last season, Werner was not ready to leave Germany but if he continues his wonderful season, Leipzig would be powerless to stop him departing in the summer.