ST. PETERSBURG, Fla. -- As he packed for a quick, three-game road trip to Syracuse, New York, on Thursday, Michael Chavis stared at his bag, then his locker, and again at his bag.

He'd packed too much stuff. He didn't need all those gloves, bats and knickknacks, he thought. Just three T-shirts and a pair of jeans. After all, the Triple-A Pawtucket Red Sox were scheduled for only three games out of town, just a quick weekend getaway. He figured he'd be back in Pawtucket on Monday.

But a phone call, a turbulent flight, a hectic trip into an airport clothing store and a quick ride to the ballpark later, Chavis found himself standing in front of a locker at Tropicana Field, home of the Tampa Bay Rays. So he was very much not in Syracuse, let alone Pawtucket, Rhode Island. He was more than 1,300 miles away and not even knowing the day of the week off the top of his head.

"I should've brought all that stuff," Chavis said with a chuckle. "I need that now."

Everything started a little over 24 hours earlier, when Chavis woke up at 10:45 a.m. on Friday in Syracuse to three missed calls from PawSox manager Billy McMillon, who told him he'd been called up to the big leagues. As he began to gather his stuff, Chavis FaceTimed his mom, Dorothy, who immediately began crying. She'd taken up a second job at night to help pay for Chavis' travel baseball as he was growing up.

"I knew she was going to be the first person to call 'cause she's done so much for me," Chavis said. "I honestly think the headlines should be more about everything she's done for me until this point more than anything I've done."

"You don't even remember everything you said," Chavis said. "The next person, you're repeating everything."

Chavis quickly packed his stuff at the hotel and the ballpark before dashing to the Syracuse airport to catch his 1 p.m. flight to Detroit, where he'd make a connection to his flight to Florida to join the Red Sox. The plane, a small jet, hit turbulence on the short, hourlong flight.

"They couldn't even do drinks or snack service 'cause everyone was falling," Chavis said. "I felt like I was in 'Snakes on a Plane' going to my debut."

When he landed at the Detroit airport with 45 minutes to spare before his next flight, Chavis realized he didn't want to walk into his first big league call-up wearing a T-shirt and sweatpants. "I need something to look nice," he told himself. Frazzled and hungry, he hustled into a clothing store, not even checking what store he was entering, and immediately sought help from the retail employees. He had 10 minutes to find a button-up shirt, jeans and shoes that fit him.

"What's going on?" one employee asked.

The store's employees shuffled him into the storage room, the closest thing they had to a changing room, so he could try on the impromptu business-casual uniform. Chavis pulled out his phone and turned on the front-facing camera to make sure everything fit and rushed off to his flight.

Texts kept pouring in as Chavis anxiously waited to touch down in Florida. His brother, Fuzzy (real name: Christian), was driving down from Alabama along with five other close friends and family. Meanwhile, Red Sox officials kept texting, asking where he was as the game was about to begin.

"I'm literally in the air right now," Chavis thought to himself. "I don't know what you want me to do. I need to fly."

After landing, Chavis called an Uber, which dropped him off three blocks from the stadium. With his backpack, suitcase and a bag full of personal items on him, Chavis walked toward the stadium. His phone buzzed -- a text from Fuzzy.

"Hey, where are you?" the text read. "I'm sitting at the gate waiting for you."

"You beat me here," Chavis said.

Chavis arrived in the Red Sox clubhouse in the fifth inning. And before he had a moment to appreciate his arrival in a big league clubhouse for the first time, Boston coach Ramon Vazquez told him that the team might need him to pinch hit in two batters.

Rookies, he'd heard, always get messed with during their first stint in the big leagues. There he stood, in jeans and a shirt. He hadn't stretched. He didn't know what pitcher the Red Sox were facing. He hadn't seen a single scouting report. But Vazquez wasn't joking.

"I didn't even get to tell him congratulations," Vazquez said.

From labor talks and new rules to some different spending habits, it was an unsettling offseason. So where does the game stand as a new campaign begins? Jeff Passan

As Chavis quickly warmed up in the batting cage, catcher Christian Vazquez knocked a two-run homer to center field, giving the Red Sox a 4-1 lead and negating any need for Chavis to pinch hit, giving him a night to rest.

On his second day in the big leagues, Chavis went through his normal routine, trying to stay in the moment and not overthink things just because he's now in the majors. For the past few years, Chavis had slowly started to see the other high school players from the 2014 draft make their major league debuts. But now that he has made it here, Chavis is trying to keep things as normal as possible, which is much easier said than done.

When Rays outfielder Tommy Pham hit a solo homer off reliever Matt Barnes to tie the game 5-5 in the eighth inning, Chavis knew he would be hitting in the ninth. And he knew that in Rays star reliever Jose Alvarado, he had a big challenge ahead of him.

"Facing Alvarado in the [Gulf Coast League], he was a starter and he absolutely just destroyed us whenever he faced us," Chavis said. "I was just joking with [Fuzzy] before today's game and all, if I get my first AB late in the game today, let's just not have it be Alvarado."

With outfielder Jackie Bradley Jr. on first base and the score tied 5-5 with one out, the count on Chavis tallied to 1-2, and Alvarado called timeout. Chavis, feeling his knees literally shaking, took a moment to gather himself before driving a 99 mph slider from Alvarado straight over the head of center fielder Kevin Kiermaier. His first big league hit -- a double -- set up the go-ahead RBI sacrifice fly from Andrew Benintendi for a 6-5 Red Sox victory and put Boston in position to sweep the series with a win on Sunday. 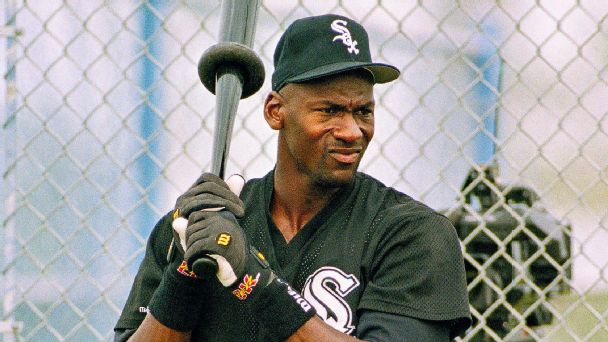 That's why Chavis, the No. 5 prospect in the Red Sox farm system according to ESPN's Keith Law, is up in the big leagues in the first place -- his bat. In 12 games and 40 at-bats this season in Triple-A, Chavis had four homers and was hitting .250/.354/.600. Manager Alex Cora said Chavis will make his first major league start on Sunday in the series finale. Ultimately, Boston will look to its top prospect to fill multiple positions, including first, second and third base.

Chavis said he'll be giving the ball from his first major league hit to his mom, as a thank-you for the sacrifices she made for him. And as the night of his first game wound down, the rookie infielder stood in the Tropicana Field visitors clubhouse, trying to absorb everything that had just happened.

"I can't tell you how many times at my house, in the backyard we had a garden, how many times I envisioned this exact scenario, pinch hitting for the Boston Red Sox in the ninth inning off a closer who's nasty and getting a hit," Chavis said. "I tossed up rocks, pretending I was in this moment. When I was on deck, I looked around, and I was like, wow."