At this early stage of the 2019-20 NHL season, it's all about the defensemen when it comes to the quality of rookie performance.

Avalanche phenom Cale Makar has garnered the lion's share of the attention, which he deserves as the rookie scoring leader (third overall among all defensemen in the league). You'll occasionally hear about Quinn Hughes of the Canucks as well. He has gone about his business a little more under-the-radar, putting up numbers that we'd all be going wild over if not for the aforementioned Makar.

The fact of the matter is that both Makar and Hughes are putting together starts that we haven't seen by rookie defensemen in decades. Let's take a look at these two historic starts, or you can jump straight to our ranking of the 10 best rookies in the game right now.

Both Makar and Hughes got their starts last season. Hughes got into five regular-season games with the Canucks after wrapping up a two-year collegiate career at the University of Michigan. Makar burst onto the scene in the Stanley Cup playoffs by helping the Avalanche dispatch his childhood team, the Flames, after completing his two-year career in the NCAA at UMass. They both showed glimpses of potential brilliance, but you never quite know what to expect once we get into the teeth of a full season. Yet at the quarter mark of this season, brilliant does not adequately describe what these two are doing.

Going back to 1979-80, which is as far as hockey-reference.com's game-by-game tracker extends, only one defenseman had more points through his first 26 NHL regular-season games than Makar's 26: Larry Murphy with 29 in 1980-81. Four of the top five players on that list -- Makar being the fifth -- are already in the Hockey Hall of Fame. Nicklas Lidstrom and Mark Howe each had 24 points in their first 26 NHL games, and Phil Housley had 21 points in that span.

Bringing it to more recent time by looking only at the salary-cap era (since the 2005-06 season), Makar's 26 points ranks 10th among rookies of any position in their first 26 career games played. There is only one other defenseman in the top 30 and four in the top 50 in that span. Eight of the nine forwards listed ahead of Makar are either perennial All-Stars or will be.

And Hughes? He trailed Makar by just three points heading into Tuesday, which puts him sixth overall among all NHL defensemen and keeps him in the company of Hall of Famers historically. Using that same 1979-80 cutoff, Hughes has the sixth-most points among rookie defensemen through his team's first 27 games to start a season. Murphy is the leader with 30 points, then it's Makar and Brian Leetch with 26, Lidstrom and Howe with 24 and Hughes one point ahead of Chris Chelios (who had 23 points through his team's first 27 games).

The NHL on ESPN+

Catch NHL games streaming live every night (and on replay) this season on ESPN+. Click here for the upcoming schedule and to learn how to subscribe.

We're not going to use a 27-game sample to declare whether either of these players is Hall of Fame-bound, but putting it into this context shows just how special this is. You can qualify it any way you like, too, with Makar being on one of the best teams in the West and Hughes getting favorable usage on a deadly power play. But if it were easy, we'd see a whole lot more rookie defensemen with comparable numbers the past two or three decades. These are truly exceptional seasons by any measure.

OK, so we know who Nos. 1 and 2 are on the list, but who else makes our early December edition of rookie rankings? Here are the top 10 rookies so far this season. All statistics cited are from NHL.com, hockey-reference.com and Natural Stattrick and current through Dec. 2.

For all of the reasons listed above, Makar is the obvious choice at No. 1. The Avs have dealt with a lot of tough injuries this season and haven't stumbled in any significant way. Part of that is having a player such as Makar pick up the slack. He is second to Nathan MacKinnon among the team's top scorers, has been a power-play weapon with 11 points on the advantage and is averaging more than 20 minutes of ice time per game. One area in which he hasn't dominated is possession, as he is just below 50% in Corsi-for percentage, but the Avalanche are a percentage point better with Makar on the ice than off at even strength.

Hughes might be doing a good chunk of his scoring on the power play, but the Canucks are controlling nearly 55% of the shot attempts with Hughes on the ice at even strength -- and 7.3 percentage points more with Hughes on the ice than off. Coach Travis Green has done a good job of getting the matchups Hughes needs to have success, but really, they're just letting Hughes play. He's fourth on the team in average time on ice, and the Canucks simply generate more offense when he's out there.

Postgame analysis and highlight show airing each night throughout the season from Barry Melrose and Linda Cohn. Watch on ESPN+

The early-season lull appears to be over for Olofsson after his hot start cooled to the tune of a nine-game goal drought. Getting back on track, Olofsson leads all rookies with 11 goals, with his past five coming at even-strength after he started the season with six power-play markers. That return to form and being able to produce at even strength have allowed the Sabres to count on Olofsson as a legit top-six winger and a formidable linemate for the red-hot Jack Eichel. Buffalo is in a playoff position in the very tough Atlantic Division and will need the 24-year-old Swede to play more like he has the past few weeks to keep pace.

Mikheyev continues to be a versatile forward for the Maple Leafs, providing some heaviness and skill in one package. Now playing alongside John Tavares, Mikheyev is in a position to produce even more. Among rookie forwards, he is averaging the second-most ice time at 16:05 per game. Although he is fourth overall in rookie scoring, Mikheyev leads all rookies with 17 even-strength points. As an older player, he isn't sheltered by the Leafs, who are controlling shot attempts at nearly 54% at 5-on-5 when he is on the ice.

It took Fox eight games to register his first point in the NHL. In the 19 games he played heading into Tuesday, Fox had registered 14 points, 12 of which were goals (five) or primary assists (seven). He needed time to figure out how to play his game at the NHL level, and it looks like he's a fairly quick study. Fox is never going to be lauded as a great defender, but what he does helps keep pucks at the other end of the ice. He leads all rookies with a 5.75% relative Corsi-for percentage, and though the Rangers have a pretty low bar to clear, Fox is driving positive play. His on-ice awareness and vision are advanced for a player with his experience. He is being rewarded with more ice time, having topped the 20-minute mark six times in the past month.

Listen to ESPN On Ice

Emily Kaplan and Greg Wyshynski take you around the NHL with the latest news, big questions and special guests every episode. Listen here »

The ice-time leader among rookies, averaging 21:15 per game, Bear has been a horse at even strength for the Oilers. He is second among all rookies with 53:18 total short-handed ice time so far this season. He is one of only five players on the Oilers above 50% in Corsi-for percentage at even strength, and he is second on the team with a 5.7% relative Corsi. He has given the Oilers a confident, poised defender who can chip in the odd point (four goals and five assists through 29 games this season). Edmonton needed to get more from its in-house-developed players beyond their top draft picks, and Bear is a shining example of a success there.

Prior to sustaining a lower-body injury over the weekend, Necas has been a good example of making the most of the ice time he's given. Averaging less than 14 minutes per game, Necas has managed to put up 16 points in 26 contests. He has made some spectacular plays with his high-end skill and is showing that he can be a future impact player for the Canes. Necas leads all rookies with 2.7 points per 60 minutes at even strength.

Drafted by Edmonton but unsigned, Marino joined the Penguins as an unrestricted free agent this summer after three years at Harvard. The Penguins have had their seemingly annual injury issues, and Marino has been a surprising constant on the blue line. He has 11 points through his first 25 NHL games and has seen his ice time rise steadily over the course of the season so far. A 19:20 average ranks fourth both on the Penguins and among all rookies. Oddly enough, the 11 points he has now match his point total from 33 games as a junior at Harvard in 2018-19. 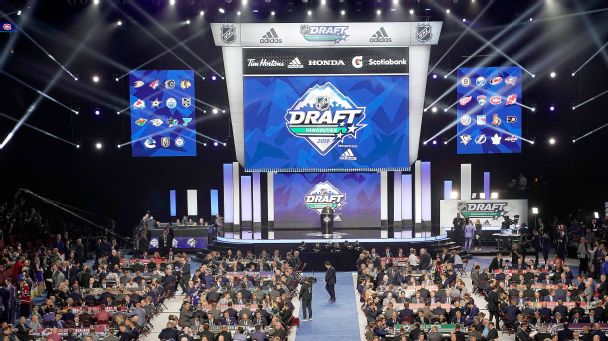 Things haven't been going great for the Habs lately, but Suzuki has been a bright spot. He has rounded into a quality top-six winger who can contribute points and is gaining more confidence with the puck. Suzuki has 13 points, all of which are primaries (six goals and seven first assists).

With him now briefly sidelined by an injury, it has not been the easiest of transitions for Hughes. That said, he has 11 points and has shown more confidence with the puck on his stick. Five of his 11 points have come on the power play, and though the team has struggled mightily, it is better when Hughes is on the ice. Although his usage is favorable and a bit sheltered, the Devils are controlling shot attempts at a rate 6.6% higher with the rookie on the ice, which is the best relative Corsi on the team. The youngster also ranks second among all rookies with 10 penalties drawn, as his skating has been a challenging factor for opposing defenders. Let's not forget that the Devils are mired in a malaise that will make it very difficult for any rookie to put up big numbers.

Ilya Samsonov, G, Washington Capitals: Samsonov has appeared only in nine games, so I didn't feel right putting him over guys who have been more consistent contributors to their teams. But there's no question that he has been a big positive for the Caps. Samsonov had a very average AHL season in 2018-19 but has stepped into the big time and given Washington a chance just about every time out. In those nine appearances, eight of which were starts, Samsonov is 6-2-1 with a .914 save percentage. His even-strength save percentage is among the top 30 goalies in the league with at least 300 minutes played. As a backup, he won't make a ton of noise in the rookie race, but he has done especially well when called upon, albeit with a very strong team in front of him.

Kaapo Kakko, RW, New York Rangers: Kakko is improving, and I think we're starting to see his confidence grow. At this point, however, the analytics have not been kind: He is at or near the bottom in a lot of categories. You have to chalk a big chunk of that up to the fact that the Rangers are a team in transition. But Kakko is still just a teenager, and he has six goals so far, tied for third among all rookies. This season is going to be a slower build than Rangers fans probably would hope, but Kakko is already building.