The coronavirus pandemic has made the summer transfer window uncertain, but here are the rumours floating around Europe's big leagues and beyond.

Once the transfer window opens, Liverpool are keen to add some quality backup for their 'Fab Three' trio of Sadio Mane, Mohamed Salah and Roberto Firmino.

Jurgen Klopp has reportedly identified Wolves' Adama Traore, according to The Sun, though the speedy winger would set him back at least £60 million after an impressive season in the Premier League.

Traore, 24, has attracted interest from Manchester United and Manchester City, as well as previous club Barcelona. Wolves only signed the former Spain U21 international in August 2018 for around £20m from Middlesbrough but can expect a significant profit now if they choose to sell him.

The question for Liverpool is whether Traore is a backup, or eventual replacement for either Mane or Salah, who have both been followed by Real Madrid.

21.05 BST: Chelsea goalkeeper and world's most expensive No. 1 Kepa Arrizabalaga may have an escape path that leads him to Valencia, according to the Sun. The Spanish shotstopper made the £81m switch from Athletic Bilbao to the Blues in 2018, but Frank Lampard has decided to go another way for his goalkeeping needs. That could see Kepa return to Spain on a loan at the Mestalla. All this is contingent on Jasper Cillessen departing Valencia, who may wind up at Ajax should in-demand Andre Onana make a big move elsewhere.

20.00 BST: Ligue 1 side Nantes is expected to finalise two signings this week, with Brest defender Jean-Charles Castelletto accompanying Liverpool's Pedro Chirivella. According to French outlet 20 Minutes, both players are completing their medical requirements and will be able to officially announced once the French market opens on June 11.

18.45 BST: Is Porto star midfielder Jesus "Tecatito" Corona inching toward a move to La Liga? His agent says it is possible. Speaking to Spanish outlet ABC, Matias Bunge has revealed that Sevilla inquired about the Mexico winger but balked at the €50m asking price. Bunge said that fee has now lowered to €30m, which could see the Andalusian club come back to the table.

18.15 BST: Juventus striker Gonzalo Higuain may be on the outs with a possible return to the Premier League in the works. According to the Express, the Argentina man could head to Wolves or Newcastle, which could give him the opportunity to redeem himself in England after a poor stint at Chelsea. The ex-Real Madrid player, 32, also has options to return to his native land and boyhood club River Plate, while possible rumours of going to MLS are also out there.

17.00 BST: ICYMI -- we had plenty of transfer gossip in the weekly ESPN Insider Notebook.

- Manchester United face competition to land Borussia Dortmund's Jadon Sancho this summer, with sources telling ESPN that Bayern Munich made enquiries about him before the coronavirus shutdown.

- Monaco have 64 players on their books, including 24 on loan. The club wants to sell or let go at least 30 of them.

- Man United's owners, the Glazer family, will risk further criticism from the club's supporters next month when they receive an £11m dividend payment, despite the announcement this week that United's debt has climbed £127.4m to £429.1m in the space of 12 months.

15.52 BST: Chelsea midfielder Jorginho has been linked with a reunion with former manager Maurizio Sarri at Juventus.

"I don't know whether Juve want Jorginho or not, as he has three years left on his Chelsea contract. We'll see..." his agent Joao Santos told Tuttomercatoweb.

"He is a professional, so if an important club in Italy calls, then why not?"

14.40 BST: Bournemouth striker Joshua King "is wanted by four of the top six clubs in the Premier League this summer," according to Sky Sports.

Now King was the subject of a £20m bid from Man United in January before they signed Odion Ighalo on loan from Shanghai Shenhua, so we know they are likely to be one of the clubs involved.

Traditionally the 'top six' has always been pretty much the same, but this season's table has Leicester (3rd) and Wolves (6th) involved instead of Tottenham (8th) and Arsenal (9th) so perhaps it's them?

And it's hard to see King at either Liverpool or Manchester City, which just leaves Chelsea. Perhaps we'll get some clarity in the coming days.

13.53 BST: The Daily Mail reports "Everton have issued Barcelona with a transfer ultimatum alongside a £22m offer with an added £3m in bonuses for their defender, Jean-Claire Todibo."

Todibo, 20, has been on loan at Schalke but the German club did not complete a £21m payment that would have made him a permanent signing. Barcelona are looking to sell, with Inter Milan and Juventus also reportedly interested, but Everton's offer is only good for the next few days.

Everton were interested in the Frenchman in January, but have also been following £25m-rated centre back Gabriel Magalhaes from Lille.

13.02 BST: Germany's 2014 World Cup hero Mario Gotze wants to move abroad for the first time in his career once his contract expires at Borussia Dortmund this summer.

Dortmund confirmed on Saturday that the 27-year-old will leave the Westfalenstadion on a free transfer. And, according to Bild, Gotze would prefer to go abroad following a number of difficult years in the Bundesliga, first at Bayern Munich and then back at Dortmund from 2016.

12.21 BST: Manchester United are looking to raise money for new signings and are hoping for at least £12m for defender Marcos Rojo.

Rojo, 30, almost joined Everton last summer before heading to Estudiantes on loan in January, and is he now being linked with a permanent return to Argentina: namely at Estudiantes or Boca Juniors.

The Mirror says that United want to get Rojo off the wage bill and are open to offers.

11.44 BST: The agent for U.S. international Sergino Dest said last week that Barcelona have not made any official offers for his client despite their reported recent interest in the Ajax full-back, and that Bayern Munich are keen to swoop in.

However, it seems the 19-year-old is keen to make it clear who he wants to join as he posted an Instagram story while wearing a Barcelona top. 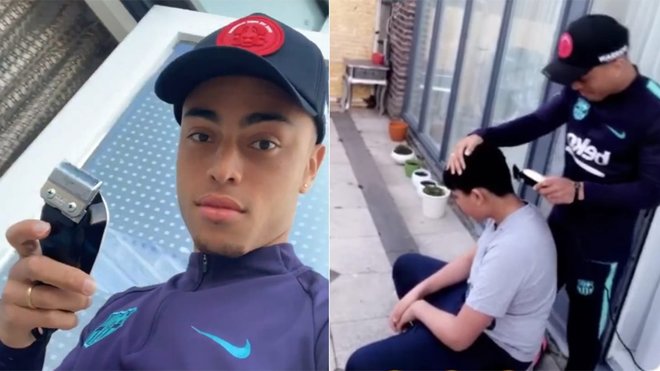 10.30 BST: Arsenal and Chelsea are monitoring German full-back Kaan Kurt, according to The Sun.

Kurt, 18, has a contract at Borussia Monchengladbach which is set to expire in 2022 and, though he has yet to make his debut for the first-team, the teenager would cost around €5m.

"I still think Gareth Bale has something left to show in European football at 30-years-old, before moving to the MLS," he told Betfair. "I believe his career at Real Madrid is coming to an end. The club no longer trusts him to be a decisive player after some internal problems in the last few years.

"At Newcastle, he would be the biggest star of the team and could lead a rejuvenated squad to a good Premier League campaign. He could reassume his superstar status at the club and keep earning a big amount of money."

09.32 BST: PSG are looking to the Premier League as they search for a pair of new full-backs.

Layvin Kurzawa and Thomas Meunier are likely to leave on free transfers this summer, with the Daily Star saying that Tottenham's Danny Rose (currently on loan at Newcastle) and Crystal Palace's Patrick van Aanholt are the top choices to replace them.

Maitland-Niles, 22, has seen his chances of playing diminish under new boss Mikel Arteta and the club needs funds to strengthen their defence.

08.00 BST: He has been linked to Arsenal, but Celtic defender Kristoffer Ajer is now attracting bigger fish.

Ajer, 22, has impressed in the Scottish Premiership and looks ready to move on, with Mundo Deportivo claiming that Real Madrid are considering a surprise summer move for the Norwegian.

Juventus among clubs in for Jimenez

Italian giants Juventus are among a number of European clubs chasing Wolverhampton Wanderers striker Raul Jimenez this summer, according to Tuttosport.

They're reporting that Juve are looking to sign someone to partner Cristiano Ronaldo, and the Mexican has impressed after scoring 22 goals and adding 10 assists in all competitions for Wolves this season.

Juve see Jimenez as the perfect replacement for Mario Mandzukic, but they're not alone in their admiration for the striker, though, and apparently 11 clubs have made contact. Wolves are believed to have planned for the sale and where they can reinvest the money.

The one sticking point, however, is the €60 million price tag. Juve aren't prepared to pay the full fee, and they're hoping agent Jorge Mendes can do something to make the deal happen.

Talaveron has scored 22 goals in 22 games for Sevilla's B side this season and is being watch by a number of clubs.

The striker joined Sevilla in 2016 from Aleria and is known for his excellent finishing ability. He can play with both feet and on either side of the attack, which is why other clubs such as Real Madrid, Ajax and a number of Premier League clubs are keeping tabs on his progress.

Sevilla are currently in negotiations to keep the player at the club, and the player himself appears happy in southern Spain. Barcelona are yet to make an official approach, but Sevilla will be looking to tie him down to a longer contract with a view to maximising any fee they might get for him this summer or in the future.

Clubs battling it out for Allan

Paris Saint-Germain, Atletico Madrid and Everton are among the clubs keen to sign Brazilian midfielder Allan, who is set to leave Napoli, reports Corriere dello Sport.

PSG in particular have been tracking the player for months but now sporting director Leonardo is not alone in his admiration of a player Napoli boss Gennaro Gattuso appears to have discarded.

The 29-year-old may well have his choice of clubs. PSG are looking at a number of midfield options, including Lazio's Sergej Milinkovic-Savic, Brescia's Sandro Tonali and Roma's Lorenzo Pellegrini, but Allan remains high on the wanted list. The French champions were close to signing him in January.

Carlo Ancelotti is also interested in signing Allan, a player he managed at Napoli, to his midfield at Everton, while Atletico Madrid's Diego Simeone could be a wild card in the chase for a player the Spaniards consider the ideal replacement for Thomas Partey.

- Real Madrid are looking to freshen up their squad in the summer and heading for the exit door to make way for any newcomers is Luka Jovic, according to Italian journalist Nicolo Schira. Zidane is said to have made his decision to sell Jovic this summer, and among the clubs looking to sign him are AC Milan, who are working on a proposal to take the Serbia international to the Italian capital.

- Calciomercato reports that Inter Milan are looking to Hertha Berlin's Matheus Cunha to boost their attacking options next season. The Brazilian striker could cost around €35-40m, which might prove too much for the Nerazzurri, but they believe they can turn him into a goalscorer.